Whatever people say about love being blind is true.

This cat and dog pair is highlighting the fact that love and compassion can overcome any obstacle.

Spike, a mixed-breed dog, and Max, a feline, are a match made in heaven. They are an unusual team, yet they encourage us to live at the moment and cherish our loved ones.

Max and Spike’s previous owners could no longer care for them, so they were sent to the Saving Grace Animal Society sanctuary in Alberta, Canada, early January. 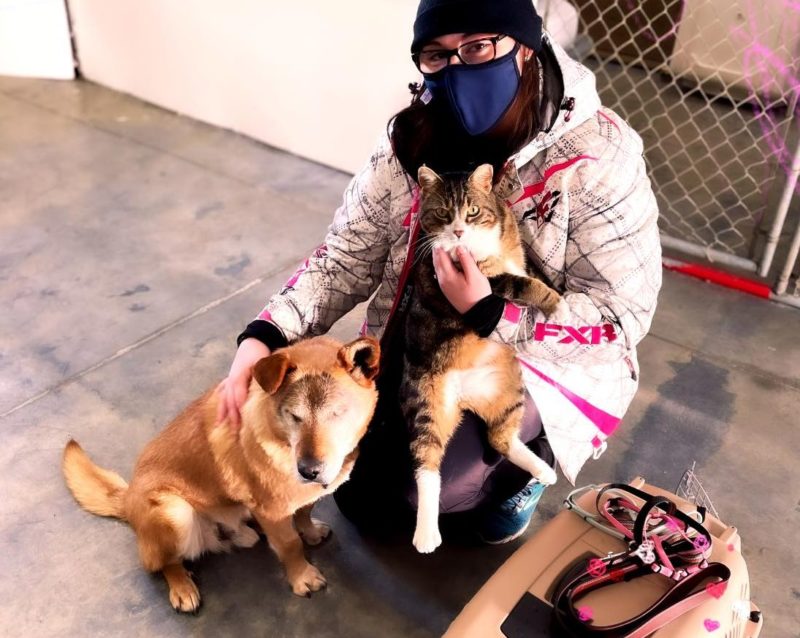 According to Amanda McClughan, who volunteers at the shelter, they were staying outside and cuddled close to each other to remain warm, which is likely how their bond began.

Spike had suffered from terrible conjunctivitis, and as a result, he had lost both of his eyes.

Max is more of a’support cat’ for Max, according to Amanda, rather than guiding him around.

“Max simply offers him with a feeling of convenience and support,” she explained. “He can smell him, he can touch him, and it’s a method for him to control his stress and depression.” 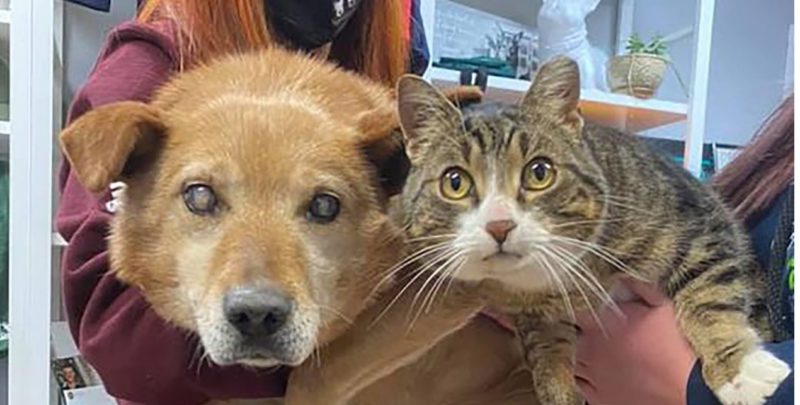 In February, the shelter put a message on its Facebook page to attempt to find them a family.

In the posting, they say that Max is the yin to Spike’s yang. “Even though he’s been Spike’s constant throughout his childhood, it’s critical that they be adopted together.” Max is such a character, and he’ll keep you giggling for hours!” 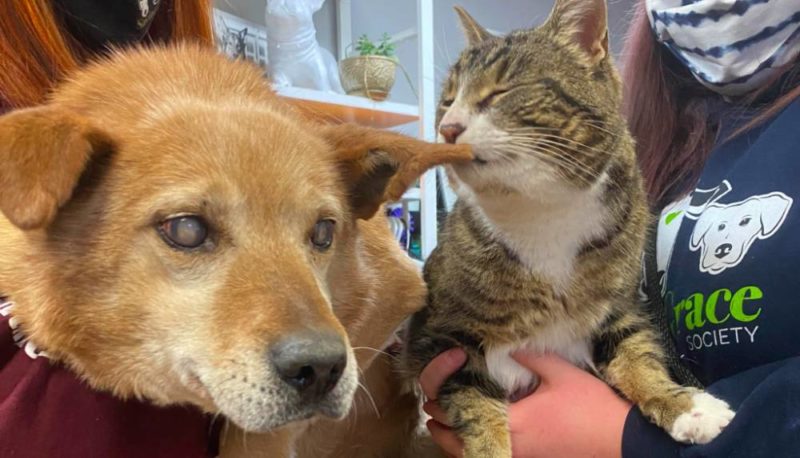 This article received hundreds of shares and likes, resulting for them reaching their permanent home in just 11 days.

Max and Spike have been fostered together by a beautiful family in Manitoba, according to the shelter’s Facebook page.